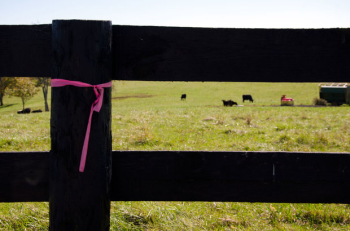 In a 3-0 decision, the Kentucky Court of Appeals said Friday that Bluegrass Pipeline LLC did not have the power of eminent domain because it was not a utility regulated by the Public Service Commission.

Because the natural gas liquids are not directly reaching Kentucky consumers, “the pipeline cannot said to be in the public service of Kentucky,” the court said.

The decision is a victory for landowners who had opposed efforts to put a natural gas liquids pipeline across 13 Kentucky counties, said Tom FitzGerald, the attorney who represented a group called Kentuckians United to Restrain Eminent Domain, or KURED.

“My clients are very pleased,” FitzGerald said. “I’m very proud of them, that they were willing to stand up for their brothers and sisters across the commonwealth, to vindicate the right of private landowners to be dealt with in a fair and non-duress manner when it comes to acquiring easements for projects that are not utility projects.”

FitzGerald had argued that a natural gas liquids pipeline does not serve Kentucky customers in the way that natural gas does for home heating and cooking.

Friday’s decision means only regulated natural gas utilities, such as Atmos, LG&E and Columbia Gas and others regulated by the PSC, can invoke eminent domain, FitzGerald said.

The Court of Appeals decision also affects Kinder Morgan’s plan to convert or “repurpose” its Tennessee Gas Pipeline, which transports natural gas, into a conveyance for natural gas liquids. That existing line crosses 18 Kentucky counties, from Greenup County in the north to Simpson County on the Tennessee line.

Some property owners have received letters from Tennessee Gas Pipeline in which the company says it “may initiate eminent domain proceedings in state or federal court to acquire an interest in your property.”

But Friday’s decision “forecloses any claim that Kinder Morgan might have with respect to the repurposed line if they need any new easements,” FitzGerald said. “They’ll have to get those new easements on a willing-seller basis rather than holding out the prospect of eminent domain.”

Gregory Parsons, an attorney for Bluegrass Pipeline, said the Court of Appeals decision had been forwarded to the company “and we really haven’t had an opportunity to discuss it yet.”

Bluegrass Pipeline could seek a rehearing before the Court of Appeals or could seek discretionary review from the Kentucky Supreme Court, FitzGerald said.

The Court of Appeals decision affirmed Franklin Circuit Judge Phillip Shepherd’s ruling last year that the pipeline company does not possess the ability to condemn property through eminent domain.

Bluegrass Pipeline wanted to build a line to carry natural gas liquids across 13 Kentucky counties, but many citizens opposed the project, saying the flammable liquids posed environmental and safety concerns.

A year ago, the two companies proposing to build Bluegrass Pipeline halted the project and suspended investment into it because they said it had not received the necessary customer commitments to move forward.