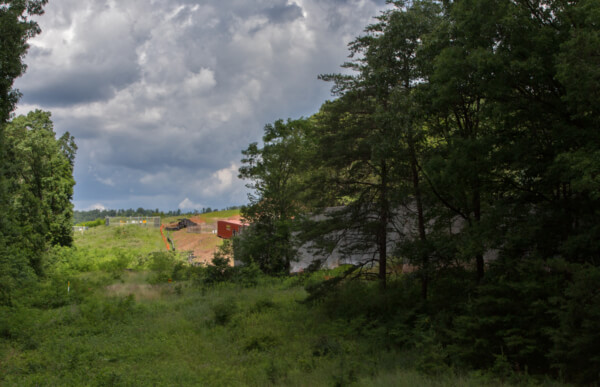 Sunoco Pipeline agreed on Tuesday to meet new environmental safeguards for drilling on its Mariner East 2 pipeline project in return for withdrawal of a court challenge by three environmental groups.

The two sides reached a draft settlement agreement that may avert a hearing before Pennsylvania’s Environmental Hearing Board if the judge in charge of the case approves the details. A ban on many of Sunoco’s horizontal directional drilling sites, imposed by Judge Bernard Labuskes on July 25, remains in place until he decides whether to sign off on the deal.

The hearing that was due to begin Wednesday has been canceled.

If the judge confirms the agreement, Sunoco will take steps to protect private water wells, some of which were contaminated by the drilling in recent months. The company agreed to notify landowners within 450 feet of a horizontal drilling location ten days before it starts work there, and to offer to test their water before, during and after the operation.

“Sunoco will immediately notify a landowner with a water supply within 450 feet of an HDD when Sunoco or the Department has determined that there is a substantial possibility that the operation of the HDD will impact his or her water supply,” the agreement said.

The company also agreed to re-evaluate the geology at drilling sites after puncturing aquifers in some locations, disturbing the water supplies of some residents whose private wells draw on those aquifers. Sunoco also said it would file reports of its plans to the Pennsylvania Department of Environmental Protection.

The re-evaluation of horizontal directional drilling sites, as agreed to by Sunoco, includes sites where there was an “inadvertent return” of drilling fluid, the term used by the company for a spill. The company said it would consider data that are specific to each drilling site, and conduct extra geotechnical evaluations such as seismic surveys and ground-penetrating radar as appropriate. The re-evaluations will be certified by a professional geologist with relevant experience, the agreement said.

For each site, the company agreed to file a report with the DEP explaining how it plans to “eliminate, reduce or control” the release of drilling fluids. And it said the DEP could modify the new drilling plans if appropriate.

The deal was made with three environmental groups who were seeking to extend a two-week drilling ban at 55 active sites that the judge imposed after dozens of spills of drilling fluid-tainted private water wells and flooded wetlands in some places along the 350-mile pipeline route. Check out our map of the spills here.

The groups – Clean Air Council, Delaware Riverkeeper Network and Mountain Watershed Association – were preparing to argue their case before the Board starting Wednesday, but withdrew their demands in the agreement.

The agreement does not affect the groups’ existing appeal at the EHB of the DEP’s permits for the pipeline, said Alex Bomstein, an attorney for the Clean Air Council.

State Senator Andy Dinniman, a Democrat who has called for a halt to all Mariner East 2 construction until the water contamination problems can be fixed, issued a statement saying the agreement gives the DEP a chance to take another look at the case.

“Although this latest development is the result of citizens, environmental groups, and nonprofit organizations – not DEP – demanding action, DEP is essentially given a second chance,” Dinniman said.

“In turn, it seems like DEP now has a golden opportunity to re-review permits and reports and do its due diligence in protecting the environment, homeowners, and their water resources. Hopefully, this time, DEP does its job the right way. Either way, know that we will be watching very closely,” he said.

Last Thursday, the judge lifted the ban at 16 of the 55 sites after Sunoco argued the work stoppage would damage equipment, hurt the environment, or endanger public safety.

The July 25 order was the biggest setback so far to construction of the more than $2.5 billion pipeline, which will carry natural gas liquids from the Marcellus Shale of southwest Pennsylvania to an export terminal at Marcus Hook, near Philadelphia. It followed another judge’s order to halt construction in West Goshen Township, Chester County, and comes amid a legal challenge to the project’s claimed status as a public utility.

This story has been updated to clarify that the settlement agreement does not affect an appeal by the environmental groups against DEP permits for Mariner East 2. That appeal before the Environmental Hearing Board will continue.

Written By: Jon Hurdle | StateImpact Pennsylvania
Photo by: Lindsay Lazarski / WHYY
Photo caption: In the distance, construction of the Mariner East 2 pipeline at Raystown Lake Recreation Area in Huntingdon County, Pennsylvania. Sunoco is drilling beneath the lake as part of construction. On Tuesday, the company agreed to meet new environmental safeguards for drilling on the project in return for withdrawal of a court challenge by three environmental groups.