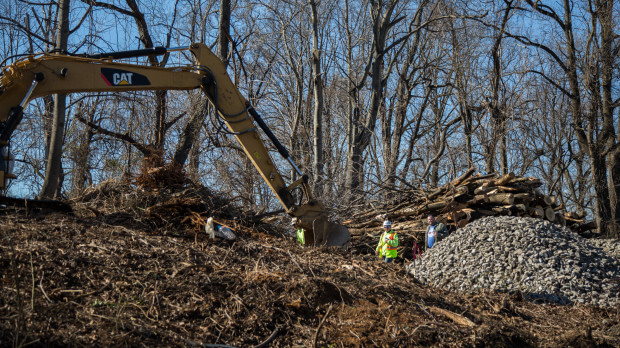 Faherty Law Firm continues in representation of multiple property owners threatened by the Sunoco Pipeline Mariner East 2 Pipeline. Petitions for Allowance of Appeal  are pending before the Pennsylvania Supreme Court. The primary challenge is that the pipeline is primarily for private, not public, use. The attached StateImpact publication provides further updates.

Top 10 things you need to know about Mariner East 2

But Mariner East 2, the cross-state natural gas liquids pipeline, is expected eventually to create jobs and provide a lucrative link to world markets for the rich reserves of Pennsylvania’s Marcellus Shale. Sunoco says some gas will be sold domestically as propane. But the bulk of the gas will be shipped to places like Scotland and Sweden, as feedstock for plastics.

Here’s what you need to know now about the controversial project:

1. When is it due for completion? Some time in the second quarter of 2018, according to comments from Sunoco officials during a quarterly earnings call in November. They pushed back the date from the fourth quarter of 2017, and said the DEP had been taking its time approving the company’s plans that would allow it to restart drilling at 63 locations where it spilled drilling fluid earlier this year.

2. Why is the company making new plans for drilling? Because after dozens of spills, it is required to under an agreement with the Department of Environmental Protection and a trio of environmental groups that was brokered by the Environmental Hearing Board in August. The deal told Sunoco to take another look at the geology of spill sites to see if they are suitable for a restart of horizontal directional drilling to create tunnels for the pipeline. DEP must approve the re-evaluation plans.

3. How much progress is Sunoco making on re-evaluating those sites? According to a spreadsheet on the DEP’s website, only 16 of the 63 locations were in the re-evaluation process by Dec. 18, and DEP had approved eight of them. Sunoco had yet to submit its plans for some drill sites.

4. Is Sunoco changing its construction method in response to the order? In a few cases, it is proposing to switch to an ‘open trench’ technique, in which the pipe is laid in a trench and then covered over, rather than buried in a tunnel. In the ‘open trench’ cases, the company said it has determined that a change in the construction technique will best protect local water resources, but it won’t affect the construction schedule.

5. Have the spills stopped with the court order? No. In October, DEP data showed there had been 18 spills, or “inadvertent returns,” since the agreement was signed on Aug. 9. Other spill reports have come from residents and local officials.

6. What does Sunoco say about its compliance with the court order? The company says it has always complied with the order, and is working with the DEP to resolve all remaining complaints. It also says the EHB agreement did not mandate that further spills would not occur.

7. Has the Pennsylvania Public Utility Commission weighed in? Yes. On Dec. 21, the Commission lifted an injunction against construction of a Mariner East 2 valve on a private site in Chester County’s West Goshen Township after Sunoco dropped its plan to build the valve there. But local officials, seeking safety assurances, want the valve built at another location specified by a 2015 settlement agreement, and are continuing their legal case against the company.

8. What’s going on with eminent domain challenges? The Clean Air Council, an environmental group, argues Mariner East 2 does not in fact have the public utility status that allows it to use eminent domain to seize the property of uncooperative landowners. The PUC granted Sunoco public utility status and gave it the ability to use eminent domain. About a dozen eminent domain plaintiffs await a decision by the Pennsylvania Supreme Court on whether it will hear the cases; attorneys are hoping the court will consolidate the cases. Separately, one Delaware County homeowners association is appealing pipeline permits in county court, and the Gerhart family of Huntington County is taking a challenge over wetlands on its property to the Environmental Hearing Board.

9. What about safety of the completed pipeline? Some communities along the 350-mile pipeline route, especially in the densely populated western suburbs of Philadelphia, argue that residents will be exposed to the risk of a major explosion if there is a leak of highly pressurized liquids from the line. Some homeowners fear a drop in the value of properties near the route. In May, a community group in Middletown, Delaware County, released a consultant’s report saying that any leak from the pipeline would ignite immediately and cause serious burns to anyone who is up to 1,100 feet downwind. Sunoco, which argues that its pipelines are subject to rigorous federal and state safety regulations, dismissed the Middletown report as not “responsible.”

10. What’s the status of a risk assessment? U.S. Rep. Patrick Meehan, a Republican who represents parts of Chester and Delaware Counties, urged Gov. Tom Wolf to do a risk assessment of the line, which runs from southwest Pennsylvania to the Marcus Hook terminal near Philadelphia. Some Philadelphia suburban state lawmakers have also petitioned Wolf for a risk assessment and asked him to halt construction. Wolf says he would support a risk assessment, but that it has to be conducted by the PUC. The PUC says it is evaluating Meehan’s request.