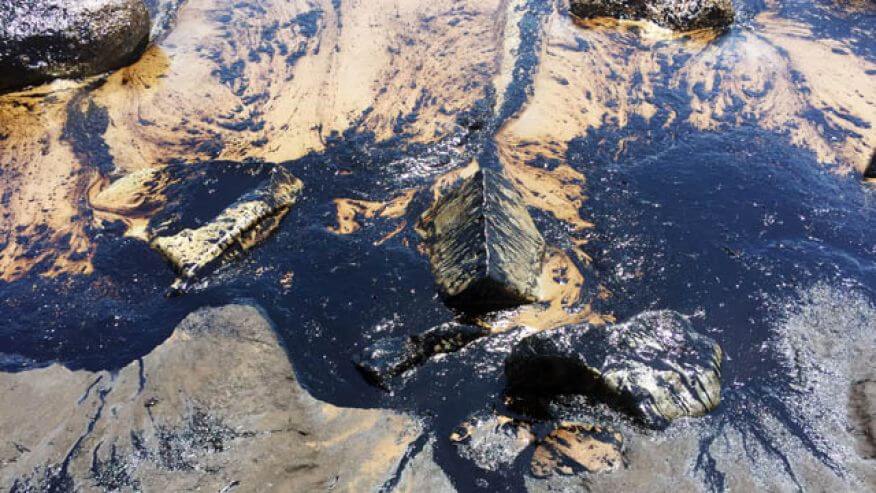 Pipeline safety remains an important issue to all but especially when land owners are faced with pipeline construction on their property.

On Tuesday, a 24 inch pipeline ruptured along the Santa Barbara coast spilling an estimated 21,000-gallons of crude oil into the Pacific Ocean. Incidentally, this is the same stretch of coastline which suffered a massive oil spill in 1969 which is credited to the rise of the American environmental movement. The cause of the break in the pipeline is unknown at this time. Owen Bailey, executive director of the Santa Barbara-based Environmental Defense Center said, “Unfortunately, with accidents and oil development it is not a question of if, but of when.”

Burst pipeline spills 21,000 gallons of oil into ocean off California

GOLETA, Calif. –  Cleanup crews fanned out Wednesday along a stretch of scenic California coastline stained by thousands of gallons of crude oil that spilled from a broken pipe and flowed into the Pacific Ocean. Workers from an environmental cleanup company strapped on boots and gloves and picked up shovels and rakes to tackle the gobs of goo stuck to sand and rocks along Refugio State Beach on the southern Santa Barbara County coast. The accident Tuesday happened on the same stretch of coastline as a 1969 spill, which was the largest ever in U.S. waters at the time and is credited with giving rise to the American environmental movement.

Members of the International Bird Rescue organization were also on hand Wednesday to clean any birds that become covered with oil, though none were immediately spotted in the calm seas that produced small waves. Fan Yang, 26, of Indianapolis, stood on a bluff overlooking the beach, where the stench of petroleum was heavy. “It smells like what they use to pave the roads,” said Yang, who was hoping to find cleaner beaches in Santa Barbara. “I’m sad for the birds — if they lose their habitat.”

The broken onshore pipeline spewed oil down a storm drain and into the ocean for several hours Tuesday before it was shut off, creating a slick some 4 miles long about 20 miles west of Santa Barbara. Initial estimates put the spill at about 21,000 gallons, but that figure would likely change after a Wednesday flyover gave a better sense of the scope, U.S. Coast Guard spokeswoman Jennifer Williams said.

Authorities responding to reports of a foul smell near Refugio State Beach around noon found a half-mile slick in the ocean, county fire Capt. Dave Zaniboni said. They traced the oil to the pipeline that spilled into a culvert running under a highway and into a storm drain that empties into the ocean.

The 24-inch pipeline was shut off about three hours later. It’s owned by Plains All American Pipeline, which said it stopped the flow of oil and blocked the culvert.

“Plains deeply regrets this release has occurred and is making every effort to limit its environmental impact,” the company said in a statement. After the spill, boats from the nonprofit collective Clean Seas helped with cleanup but were having trouble because much of the oil was close to shore, Williams said. About 850 gallons of oil have been recovered from the water, she said.

The state Department of Fish and Wildlife has closed fishing and shellfish harvesting for a mile east and west of the beach. The area is home to offshore oil rigs, and small amounts of tar from natural seepage regularly show up on beaches. In 1969, several hundred thousand gallons spilled from a blowout on an oil platform and thousands of seabirds and many marine mammals were killed.

“Santa Barbara learned that lesson over 40 years ago when offshore drilling led to disaster,” he said in a statement. The Santa Barbara-based Environmental Defense Center said having the spill occur in “a sensitive and treasured environment is devastating to watch.” The group was concerned about whales that migrate through the area.

“Oil spills are part of the ugly cost of fossil fuel development, made even worse by aging domestic infrastructure,” said Miyoko Sakashita, oceans director for the Center for Biological Diversity. It was unclear how long the cleanup would take and whether Refugio beach and other areas would be reopened in time for Memorial Day weekend.