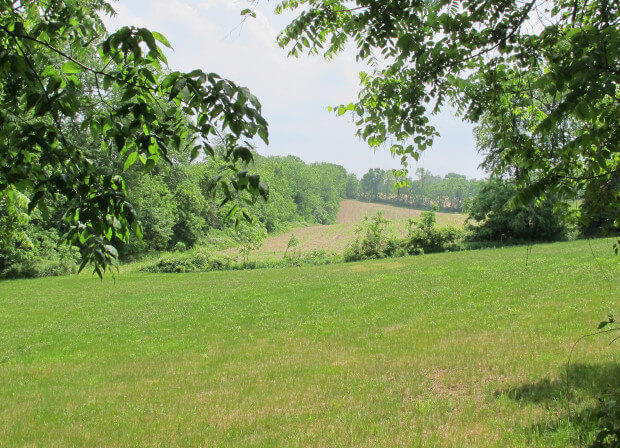 The Fifth Amendment to the United States Constitution allows for the condemnation of private property “for public use”. State Constitutions and law similarly limit eminent domain power to only be authorized for a valid public use. If FERC insists on approving pipelines without an adequate public purpose, the law could allow that without eminent domain power. The pipeline companies could then buy property rights from willing sellers. Such is the thrust of the law in the authorizations of hazardous liquid pipelines, as contrasted with natural gas pipelines.

In another challenge to the expansion of natural-gas pipelines, a conservation group is accusing a federal agency of unlawfully allowing the taking of private land in a complaint filed in the U.S. District Court in Trenton.

The lawsuit filed against the Federal Energy Regulatory Commission by the New Jersey Conservation Foundation is the latest legal entanglement involving the 120-mile PennEast pipeline, a project spanning two states and crossing the Delaware River.

The $1 billion project, facing strong opposition in New Jersey and Pennsylvania, has been troubled by numerous delays, including the refusal of property owners to allow PennEast Pipeline LLC access to land along the route.

The standoff has prevented the company from submitting all the information it needs to obtain crucial permits from the New Jersey Department of Environmental Protection. To obtain access, the company is seeking to gain final approval for the project from FERC, a decision that would give it the power of eminent domain over those properties.

In the 20-page filing with the federal court, the complaint advances what its plaintiffs argue is a first-of-its-kind legal challenge, alleging the federal agency is unlawfully allowing companies to seize private property through eminent domain for pipeline construction.

“The Fifth Amendment says that private property can only be taken for public use, and FERC’s pipeline review process doesn’t pass that test,’’ said Tom Gilbert, campaign director of the New Jersey Conservation Foundation.

“For example, hundreds of homeowners, organizations, and local governments could have their land seized through eminent domain for the unneeded, proposed PennEast pipeline, and would be victims of unconstitutional action by the federal government,’’ Gilbert said.

The New Jersey Conservation Foundation owns 20,000 acres of undeveloped and preserved land in the state, according to the complaint.

PennEast claims the project will provide gas to a region where demand is outstripping supplies, resulting in cost savings to consumers and creation of thousands of jobs.

“Our aim is to motivate FERC to amend its policies so the agency ceases its unconstitutional practice of granting certificates for pipelines that are not in the public interest. This will end the unjust seizing of public and private land,’’ said Susan J. Kraham, senior staff attorney at Columbia Environmental Law Clinic.

The complaint seeks to end FERC’s practice of allowing eminent domain authority to seize land that will not be for public use before a pipeline project has received its other required state and federal approvals that might never be issued.

That scenario could unfold in the next month if FERC decides to grant a certificate to the PennEast project, allowing the company to gain access to land on the proposed route.