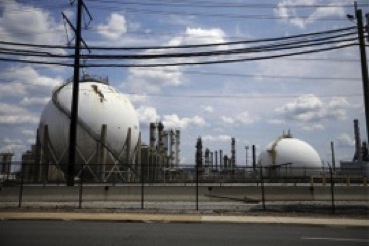 The initial Pennsylvania Public Utility Commission decision concerning the Sunoco Logistics Mariner East (1) pipeline was that the proposal did not qualify as a public utility. In October of 2014 a 4-1 vote of the Public Utility Commission allowed the repurposing of that pipeline to move forward with a remand to the original PUC Judge to decide on the applicability of zoning restrictions to pump stations.

Update: Mike Faherty attended the February 2015 scheduling hearing on the zoning remand. Most of the petitions were withdrawn, leaving nine pump stations at issue for an evidence schedule which may lead to a decision in late 2015.

Sunoco Logistics’ proposed 300-mile pipeline project, Mariner East, which cuts through much of the midstate, is headed toward another round of hearings.

In a 4-1 vote Thursday the Public Utility Commission ruled to overturn an administrative law judge’s decision regarding the jurisdiction of the pipeline, specifically whether or not the pipeline constitutes a public utility and, by extension, whether or not structures built along the proposed pipeline would qualify as buildings under local zoning ordinances.

It is that question – when is a structure exempt from local zoning rules – that administrative law judges will be asked to review and rule upon. The commission further dismissed eight other remaining preliminary objections brought in the case.

The commission ruled that Sunoco has a long-standing status as a public utility back to the 1930s when two of its pipelines were certified as public utilities.

Commissioners further stated that other questions about the project, namely the route, safety concerns and whether or not Sunoco is authorized to build the pipeline, are outside the bounds of the issue before the PUC. Objections in that vein had been filed by the Clean Air Council, the Delaware Riverkeeper Network, the Concerned Citizens of West Goshen Township and the Mountain Watershed Association.

“In this proceeding, the commission is being asked to decide on a very narrow question: Whether enclosures (walls and a roof) that are built around and over a valve control or pump station should be exempt from municipal zoning regulation,” the commission said in a statement.

The lone dissenting vote was cast by Commissioner James Cawley, who objected to the PUC’s rejection of the remaining objections.

“I think it is beyond dispute Sunoco has [public utility] certificates from us,” he said Thursday. “That being said, that dealt with only one of the nine preliminary objections.”

Cawley said that while addressing the other objections would require additional hearings – and time, “I think we owe it to the people affected to take that time.”

This map shows the Mariner East pipeline which extends from Delmont to Marcus Hook as well as a number of the pipeline’s feeder lines. A former oil pipeline, the Mariner East is being repurposed to transport natural gas products east.Provided by Sunoco Logistics

A former oil refinery, Sunoco is in the process of renovating the facility to accommodate natural gas products being shipped from the shale regions for export. The company is also proposing a second pipeline, the Mariner East II, which would mirror the existing pipeline.

However, PUC officials said Thursday there is, as yet, no timeline for the hearings that would be required before a judge could rule on the zoning questions surrounding the pipeline’s pump and valve stations.

On 9/10/18 a natural gas pipeline west of Pittsburgh exploded. One home, approximately 500 feet from the 24 inch pipeline, was destroyed. The explosion and fire exemplify the risks to life and property.