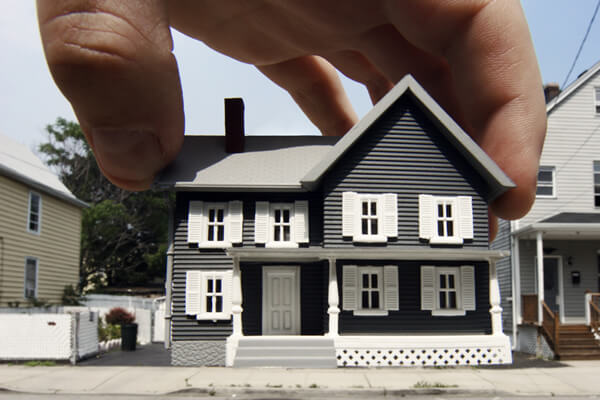 The US News and World Report has provided sound guidance for those threatened by eminent domain.

Take steps to protect your rights as a property owner so you’re not left out in the cold.

You worked hard to become a homeowner, and it’s something you’re proud of. Between mortgage payments and the improvements you’ve always wanted to make, you work even harder to make it the home of your dreams – and to keep it that way.

But in the case of eminent domain, it’s out of your hands. A clause in the Fifth Amendment to the Constitution limits the government’s right to take private property for public use by requiring the property owner be given “just compensation” in return.

Eminent domain and what the government – either federal, state or local – has deemed “public use” has been a hot-button topic for years. While the taking of property in whole to build a highway or in part to help widen a road is largely recognized as standard public use, the condemning of property for redevelopment by private institutions has also been done in the name of eminent domain.

Opposing eminent domain is a hard-fought battle, but don’t let fear or lack of understanding the law keep you from receiving your just compensation or arguing the intended use of the property fails to meet the needs of the public. To better protect your rights as a property owner, follow these guidelines to ensure you understand the process of eminent domain and the resources available to you.

Consult an attorney. To better protect yourself and your property, seek legal advice as soon as you hear your property could potentially be taken for public use, which could come to you in the form of a mailed letter, in-person notice or phone call, depending on the government planning to take the property and its practices. Eminent domain is difficult, and not every lawyer is capable of navigating the details of the law.

“It’s less a real estate transaction and more a lawsuit,” explains Robert McNamara, senior attorney for the Institute for Justice, a nonprofit group that fights eminent domain abuse. “And I think what frequently surprises property owners is that the part of [the process] that really is a lawsuit – the part where you can waive your rights and the part where you get locked into things – happens in many cases long before the actual formal lawsuit begins.”

Even seemingly simple instances of eminent domain, like an easement that allows the government to go onto the property without taking full possession of it or the taking of a few feet from the property line to widen a road, should get a thorough read-through by a professional because there may be some fine print that could affect you down the line.

“When an easement is written by the condemning authority, it’s written by their attorneys, so it’s most likely going to be written in a manner that’s most favorable to their needs and their uses,” says Cathy Newman, executive director of Owners’ Counsel of America, an organization that aims to help private property owners threatened with eminent domain nationwide. “We would recommend an owner have an eminent domain attorney review that easement to ensure that their rights are protected and they’re not held … in a less favorable result afterward.”

An example Newman cites is the easement of a portion of rural property being taken for utility usage. The initial offer may include conditions like regular access to the land for maintenance, but an attorney could recognize the need to negotiate for prior notice to go on the property, not damage fencing and ensure livestock are not able to get loose in the process.

Get a second opinion. To determine what constitutes as “just compensation” for your property, the government will have it appraised to calculate its market value. While all property appraisers should be unbiased, third-party sources, it’s a good idea to get a second opinion from an appraiser of your choosing.

Kurt Kielisch is an appraiser and president of Forensic Appraisal Group Ltd in Neenah, Wisconsin, and he has appraised properties involved in eminent domain cases in as many as 12 states. He explains an appraisal from each party allows for a more thorough look at the property’s value, with the opportunity to negotiate and settle on an amount before litigation may be necessary.

“Usually the appraisals are done to try and get voluntary agreements between the property owner and the condemnor, and if that is unsuccessful, then they have the right – both sides do, actually – to go to court,” Kielisch says.

In Wisconsin, Kielisch says the government is required to pay for the property owner’s second opinion appraisal, without any limits on the cost or who the accredited appraiser is. “The property owner is still the client, but [the government] still takes on the responsibility of paying for the fee,” he says.

Some other states will pay a capped amount of the landowner’s appraisal, like California, which will cover $5,000, but other states, like Illinois, leave it all up to the property owner to come up with the funds. When it comes to legal fees, it depends on your agreement with your attorney and the outcome of the case as to how court costs are determined. Some attorneys may be willing to accept payment only in the event of a successful outcome, and in that case it’s possible a judge rules the government would cover all court costs. But it’s also possible the court could rule against you, and it’s up to you to pay the bill.

Accept, aim for more money or fight. It’s your decision whether you want to accept the initial offer from the government, try to work toward a better deal or fight the taking in its entirety. But regardless of the choice you make, be sure you understand the difficulties you may face with any decision, as well as the resources available to you to help you succeed.

Accepting an offer will of course move the process along faster, but be sure you have consulted the right professionals to determine if it’s a fair deal. Even if you’re strapped for cash and are afraid of the cost of a big legal fight, getting a lower-than-fair payout could leave you with bigger problems in the future. A bit more work and money upfront can result in a much better deal for you as the owner losing their property, explains Jamie Fisher, an attorney specializing in eminent domain and a partner at Fisher & Talwar in Los Angeles.

“My experience is business and property owners do best by going through the whole process and generally not just taking what’s offered upfront, or what can be accomplished at a pre-litigation settlement,” Fisher says. “It’s not to say you can’t do well with that, but it happens less frequently.”

If negotiations don’t yield the outcome you want and you decide to pursue litigation for a court to decide on just compensation, be sure you have a firm grasp on the local housing market. Fisher says a significant amount of time between the initial offer and court case can have an impact on the value of your home.

“I’ve had cases where just sitting on them for a year the property shoots up in value, and the date of value gets set later in the case – then the property’s worth more,” Fisher says.

But it can have the opposite effect as well. If the government knows the neighborhood is losing property value, they won’t necessarily try to rush an opposition to the eminent domain taking, knowing they might be able to pay less later.

If you believe the government is abusing power of eminent domain for gain outside of public use, you can choose to fight the taking outright – but be ready for a rough road ahead. The Kelo v. New London decision ruled in favor of the city to take private property in favor of new development. In the case, a number of residents in New London, Connecticut, sued the city for seizing their properties through eminent domain for the purpose of selling them to a private developer. While the residents argued the sale for private development did not constitute as public use, but both the Connecticut Supreme Court and the U.S. Supreme Court disagreed. The 2005 decision set the precedent for many cases of potential eminent domain abuse, and it was criticized by the public and many legislators for giving too much freedom to government agencies, under the argument that the government could now use eminent domain for the purpose of economic gain.

While the case was a blow to property owner’s rights in eminent domain cases, the public outrage following the decision lead many state legislatures to try to curb the potential for eminent domain abuse.