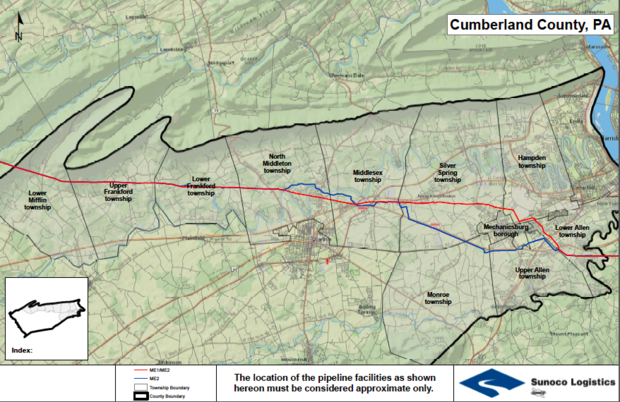 Mike Faherty presented a Cumberland County Judge with Memorandums of Law before a second day of trial.

Three Cumberland County property owners will have to wait until at least next month to find out if their arguments against a pipeline, proposed to run beneath their land, will stand up in court.

Monday was the second day of testimony in Cumberland County Court in the case of Upper Frankford Township property owners Rolfe Blume, John Perry and Alan Walters, who are arguing Sunoco Pipeline does not have the authority to take a portion of their land to build the underground pipeline that will ship liquid natural gas across the state.

After the hearing, Cumberland County Judge M.L. Ebert asked both parties to submit briefs with the court before he makes his ruling as to whether or not Sunoco Pipeline is authorized to exercise the power of eminent domain to take a portion of their land for the Mariner East II pipeline project.

The parties have until March 31 to submit their arguments with the court.

While the property owners say the company does not have that power, Sunoco Pipeline officials pointed out three other judges have already ruled in the company’s favor in similar cases.

Through the two days of testimony held on Feb. 8 and on Monday, Mike Faherty, the attorney representing the property owners, argued that under state law, eminent domain cannot be used for private enterprise, even if there is an element of public use, which he said is the situation here.

The pipeline will move liquid natural gas from Ohio through Pennsylvania to the Delaware River for shipment overseas, making it subject to federal regulations and not the state regulations that allow for eminent domain, he said.

The jobs that Marcus Hook lost when the refiner shutdown will not be coming back in a wave. But once again there is optimism.

But judges in Huntingdon and Washington counties, as well in another Cumberland County case with different property owners, have sided with Sunoco Pipeline and ruled it is indeed a public utility with the power exercise eminent domain.

Alexander testified Sunoco Pipeline has been recognized as a public utility and the state’s Public Utility Commission has recognized a public need for the pipeline to ship its supply of liquid natural gas.

The public necessity became apparent after the polar vortex of 2013 and 2014 brought frigid temperatures and a statewide shortage of propane, he said.

The current Mariner East pipeline does not have the necessary capacity, making the new pipeline a public need that benefits the people of Pennsylvania, Alexander said.

And pipelines are safer and cheaper than shipping by highway or railroad, he added. It would take 500 trucks daily to ship the proposed pipeline’s capacity of 275,000 barrels per day at a cost of 20 to 30 cents per barrel, compared to 7 cents per barrel via pipeline.

But Fahrety argued the contracts currently in place for the Mariner East II are for shipment overseas and not in Pennsylvania, making this an interstate pipeline rather than an intrastate pipeline – thus not subject to the use of eminent domain.

Alexander countered the pipeline has the capability of loading and off loading the product in Pennsylvania to meet the demand here.

“It’s like the highway system with on ramps and off ramps in the state and out of the state,” he said.

Additional testimony came from Sunoco Pipeline land-project manager Bart Mitchell, who said that bonds will be put up so that any damage done to the property while installing the pipeline will be paid for by the company.

And the pipeline will run underground, allowing the property owners to continue to use their land just about any way they want.

Written by: Steve Marroni | pennlive.com
Graphic by: Sunoco Logistics –  This map shows the path the proposed Mariner East II pipeline will take through the state.

A recent Commonwealth Court decision reaffirmed the opportunity for a property valuation witness to rely upon hearsay evidence in forming an opinion of property value. 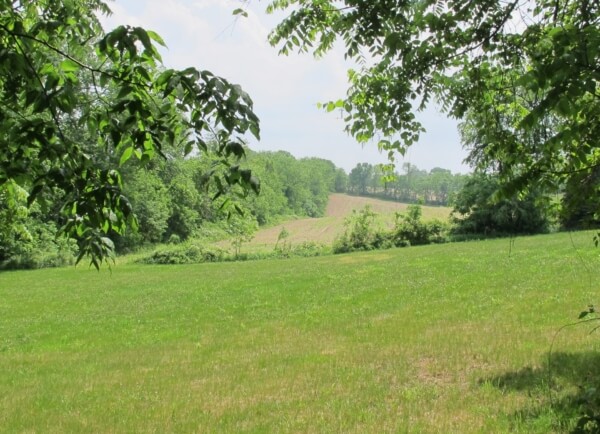